Rob and Gav are self-driven and their love of butchery began, from growing up in a hard-working, farming environment, in Tiniroto, Gisborne.

Their passion and drive to prove that it is possible to produce award winning products and top quality customer service from a small family owned business, is a goal shared amongst all members all of our team.

Both Rob and Gav were awarded Apprentice of the Year and Maori Trade, Trainee of the Year for butchery, Rob in 1995 and Gav in 1996. Gav become a qualified butcher by 19 and Rob went on to win the Young Butcher of the Year award at 22 and then became a tutor, teaching butchery at WELTEC for 3 years. 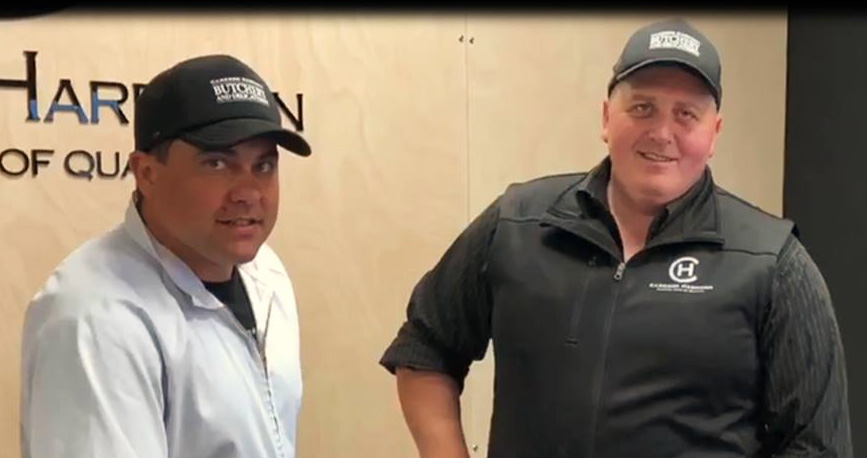 Both brothers then used their skills and knowledge to manage and grow several butcheries, before joining forces at Cameron Harrison in 2015.

Rob opened his first Cameron Harrison butchery in Tawa, in August 2009 and has since gone on to win over 20 awards over the last 6 years, winning an award every time he has entered a competition.

He enjoys growing the company and having a flexible management role that ensures he can provide first-hand, on the job training and mentoring to each and every staff member. He prides himself in being innovative and maintaining Cameron Harrison’s position, in the forefront of their industry.

When he is not working in one of his stores, you can find Rob hunting, fishing or hitting a bag or two down at Wainuiomata Boxing Club, a club that he founded and now manages.

Gav learnt the art of butchery at a local store in Tawa (that later became Rob’s first Cameron Harrison outlet) and after 5 years abroad, returned to NZ to manage the meat department at Nosh Food Market. He then developed Black Rock Butchery and won sausage of the year for his Traditional Pork Sausage.

When not at work Gav likes to go hunting and spend time with his young family.

We accept credit card payments online. All prices are in NZD and include GST.